So recently, there was a teaser drop about the new Star Trek series coming out on CBS: all access. And like many of you that I read in the comments, I am severely disappointed in what they have chosen for it to become.

Star Trek: Discovery, in case you haven't heard, is going to be set in a time *before* TOS. 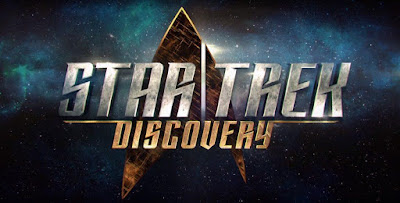 First of all, WTF?

Second of all, WTFF??!
(the first F stands for flying)

Okay, I am a huge Star Trek fan. I grew up watching the show. But I will be the first to admit that I never got into Star Trek: Enterprise and actually refused to watch it. Why? Continuity.

I know, I know. I like Red Dwarf. How can I scream about continuity? Because Star Trek has it. In fact, I think they pride themselves on it.
The first time I saw the Starship Enterprise *before* TOS, I screamed at the flat panel screens and the apparent advance of technology. I also screamed at the stupid Vulcan for being on the ship with all the humans. Maybe she was just a liaison; after all, I believe Spock was the first Vulcan in *Starfleet* not the first Vulcan on a Federation vessel. But still. Back in TOS, Vulcans were like, a new concept. McCoy didn't even know how to treat him medically, let alone how to act around his logic. I'm not even going to go into all the aliens they ran into that never ended up appearing in TOS.

WTF is this? It looks like a Klingon Battle cruiser and the Enterprise
had some kind of lovechild.

Yeah, the new movies kind of veer off in the same direction as Enterprise, but at least they have a split timeline to blame it on.

The reason I bring up Enterprise is point #2: It didn't last. The fans hated it. In Star Trek, 7 seasons seems to be the golden number. If you get to 7, end it on a good note and be happy. Enterprise lasted 3.

So of course, lets make a new series and peg it *before* TOS. It's sure to be a hit. -_-
Like, how far back are we going now? The moon landing? C'mon. Where are we putting these people on the timeline? Before Enterprise or after? And I swear to God if those ships have flat screen holo technology I am going to scream.

They already mentioned that there were going to be "a lot more aliens than all the other Star Trek franchises." Great, so again with the lack of continuity. You know what I liked about TNG, DS9 and even sometimes Voyager? When they went to Starfleet Command and walked around, most of the aliens you saw, you recognized. Oh, there goes a Bolian. And here's a Ferengi (aww, more are joining Starfleet, that's nice). And occasionally you'd see something you'd not seen before but that was okay because you recognized the mains. The aliens that made the Federation what it was to begin with. And now what do you get? Shock value. All these writers want to do is stick a bunch of random creatures on your screen for a split second to show off their awesome CGI creativity and then you never see that species ever again. What is even the point? 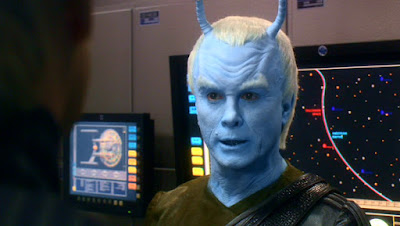 I mean, I love Jeffrey Combs, but come on.

The other issue is how they are deciding to air the new series. They are going to put the first episode on CBS to get yow hooked, but then every subsequent episode they are putting on their streaming service called "All Access" which costs I think $7.99 a month. They are touting it as kind of the HBO of CBS; where they will be allowed to show "a lot more" than on a basic network channel. Yeah, no. Not worth it. Not for one show.

I honestly think this series is going to tank, and I am already depressed about it. Star Trek never seems to die (thankfully). New fans replace old fans and the gift just keeps giving, even though we haven't had a series run in over 10 years. Us fans have waited a long time to see if someone would begin again with a new series, and now that its actually coming to fruition, I feel mostly disappointment. I'm a little hopeful that it will turn out better than we all think, but I, for one, won't be paying to watch it, no matter how good it is. Let's just hope it's good enough.

What do you all think? Let me know in the comments!

Posted by Katjaneway at 11:08 AM No comments:

Sometimes you can kind of see it coming, so it doesn't really come as a shock, but damn if it doesn't still hurt, especially when you put 1-1/2 years into the relationship and think that maybe, if you just hang in there a bit longer, it'll all work out. After all, he's a great guy, and great guys don't come along everyday, you know?

I can be loyal to a fault. I was loyal to my marriage a good long time. Probably much longer than any other person would be in my situation. I hung in there. I tried, I stressed, I hurt. He would have rather lived in the toxicity of our marriage than end it. At least David had the decency to tell me that he thought we didn't mesh. I would have hung in there and waited for him. Waited until he was finally down to a decent 8 hour shift, or until he got better days off; something. But I had already been waiting a long time. He was having difficulty making me a priority in his life; partially from the stress of everything and partially because he didn't have the feelings for me that he thought he should have by now.

David really is a decent human being. He will give you the shirt off his back. He's the most understanding person I have ever met. And he will truly listen. But, he has anger issues, and coupled with his size and strength, and kind of his general appearance, I could admit that I was a little afraid of him. Warranted or not, it actually gave me a great deal of respect for the man; something I severely lacked with Justin. And I mean that in a sense of instead of getting angry or snapping at something when he snaps at me, I back off. I might cringe a little, in fact. But I considered this healthy because if my first instinct is to defend myself and snap back, it only makes problems worse. This is how I felt.

I wanted to know who I was as a human being. Was I this angry, irritated, always nagging, always defensive person in a relationship, or was I not? Was it Justin that had turned me into this, or was this who I was? And no. Over the 1-1/2 years that we dated, I can honestly say that I am not this vicious person. It was the toxicity of the relationship that made me. I knew I could be better. I just wish I could be better with David.

I'm sad, but I'm not depressed. I kind of felt this was coming for a while. It feels as though our relationship was made with hundreds of strings woven together into a rope. And over time, each strand comes loose and falls away. And it fell away so slowly that you would barely notice, until you realized that there were only a few strands left holding the whole thing together.

We will remain friends. I made it perfectly clear that I would still be there for him if/when he needed me, and he would do the same. That's all I can really ask; to have a relationship end with no animosity, no crazy angry sprees. It may be difficult at first to stay as a friends, but like the strings, we were already almost there anyway. And that's okay.


Go Shinedown. Always giving me a song to fit every situation 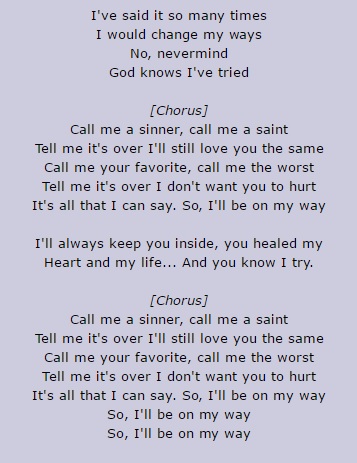 Posted by Katjaneway at 7:32 PM No comments: